A few thoughts from the past week:


How the French conserve

Some subtle things I’ve noticed the past 2 weeks relating to consumption patterns:
·        All the lights in the hallways turn off automatically after 5min or so. So every time arrive at my dorm, even at night, the hallway is pitch black.
·        The showers at the pool turn off after 1min or automatically. So you have to keep pressing the button to keep them on.
·        The washers/dryers in the dorm are super high-efficiency, sleek silver industrial machines (or by looks anyways)
·        There are dedicated bus lanes and bike paths!

…that said, some things don’t change much. Take this shopping center for example:
Probably the biggest shopping center I’ve been to. Even bigger than any Wal-mart I’ve been too. Equipped with parking garage in front.
The cheese aisle was the biggest cheese aisle I’ve ever seen though. They also had all the reshelving workers on roller blades (plus efficace!).
And of course, they had America’s favorite food: 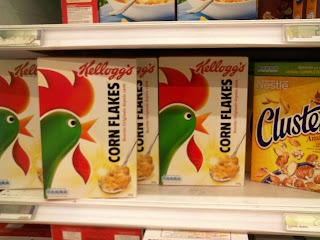 For the curious, I cooked my world famous lasagna:
Yes, my Italian cooking was good enough even for the Europeans.

I learned a thing or two about how things work in large institutions (i.e., any place with more students than Olin).
On Wednesday, I was late for class, so I left my violin (which I need to use later on in the day), outside of the classroom on a table in the hallway. I was in  “Olin mode”(at Olin students leave their stuff: computers, instruments, their minds J… all over campus). An hour later, I went outside, my violin wasn’t there! I freaked out. But I had to go back to class, since I was only on break! What to do? All sorts of thoughts raced thru my mind. I couldn’t think at all.
First I went thru denial: “Did I just leave it in my room? Maybe I’m just absentminded and didn’t actually leave it outside the room”. Then all sorts of thoughts raced thru my mind: “What if someone stole it… Why would anyone steal a violin?...”. Then acceptance: “well, if someone stole a violin, they probably needed the money anyways… At least I’ll have a good story to tell…”.
In class, I couldn’t concentrate on the teacher. I sent a quick email to my French friend who plays viola. She replied within 5 min: “Ahhh! OK, I’ll send a email to the whole school telling them to look for it. I’m also going to check all the lost and found places, what’s your phone number?”. Another 5 minutes passed, and just as I was about to email her my phone number, I received another reply: “Found your violin! The firemen have it! You know where their office is right?”
After lunch, I went to the fireman’s office to retrieve my violin. The kind fireman simply said to me: “Faire attention à vos affaires” (be careful with your stuff next time).
Translation. Polytechnique isn’t Olin, but it’s still very safe. The firemen took my violin because they thought I lost it! Quelle chance! Sign of relief.

Right now I’m in  a semiconductor physics class that is probably the hardest class I’ve taken. That’s mostly because I’ve trying to learn quantum mechanics at the same time, by reading this book (I just finished reading all about Hamiltonian mechanics, and bra-kets) 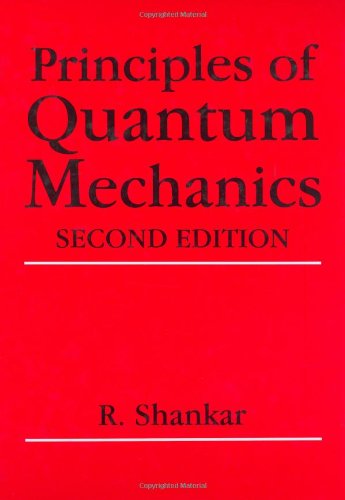 My Olin education has taught me not to fear spiral learning. One Olin professor (who shall remain anonymous) once told me that while they were studying abroad on a fellowship, they spent the first 1.5 years “having fun”, then the last ½ year teaching themself semiconductor physics (that was their major). How much of it did they retain? “I probably remember semiconductor physics better than most of my undergraduate classes”.

One thing that has confused me is people’s acceptance of lectures. To me, lectures are only useful when the speaker adds value to the content being delivered (i.e., not reading off a sheet of paper or slides). Then why not read a book?
I’ve had some really good professors here, but I’ve been to a few talks where the person clearly just read the slides/text. But most of my peers respond that they learn very well hearing the teacher talk. I can’t tell if I’ve been spoiled (too much good education, project-based or not, at Olin) or I’m just being overly critical after being at Olin.
What do you think (especially you non-Oliner blog readers)? What is your college experience like? Do you learn mostly thru lectures? Does it work?
Posted by Steven Z at 1:53 PM