A day in the life of a Parisien

I’m currently in Lisbon, Portugal, on the 3rd leg of my around-Europe trip. But because of my travels, it takes about a week to post a blog post. So just pretend everything is a week in the past! 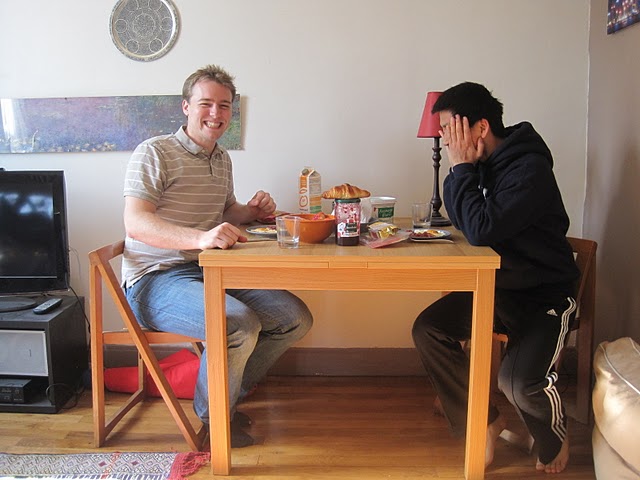 We were astonished by how well we cooked our breakfast!
A week ago I had the opportunity to stay for a few days at Guillaume’s appartment in Paris. Gui is a PhD student at Polytechnique, and we were on the same team for our start-up class.


How much does a prof make?

Here’s a joke. Sort of.
One prof I talked to, who shall remain unnmed, told me that he works about 50 hours  per week, minimum. He calculated this tobe 13 euros/hour, based on his salary. He then told me that the cleaning  lady makes 11 euros/hour. At this point, his friend itnerjected and said, “yes, but at least with the cleaning lady, you see a result!”.
Some of you might outraged right now. What! A prof at the top school in France? How could that be! Maybe you should be, but before jumping to conclusions, consider this: the prof lives in Paris, and his living expenses are basically: rent, food, and metro pass. No car, No insurance (covered by government).

On Saturday, Gui took me around for a bike tour around Paris. We started at 1pm.

Life of a Parisien* is lots of picnicking

*at least, for a cheap student who likes being outside and doesn’t like waiting in restaurants
I picnicked a lot that week. And hung around parks with friends.


“I have a Roman village in my backyard”

This Monday, I travelled with the Golhen family to their summer cottage before officially starting my big Europe trip.

My biggest impression: we stopped at a family friend’s house in Vannes, Bretagne (NW corner of France). Apparently last year, archeologists decided that there was a roman ruin in their backyard. Turns out they were correct. Here’s a picture of their background: 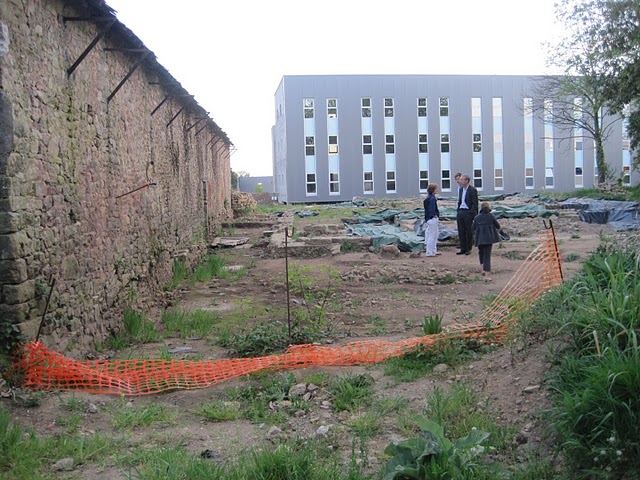 So they live in a renovated 18th century farmhouse (garage of left of picture), with a 21st century office building in their background, and a first century Roman village ruins (covered by the tarps). Julius Caesar might have come here to this very spot when he visited France!

Welcome to Europe!
Posted by Steven Z at 1:43 PM