On Wednesday and Thursday, I went to Bath, home of the famous Roman baths. 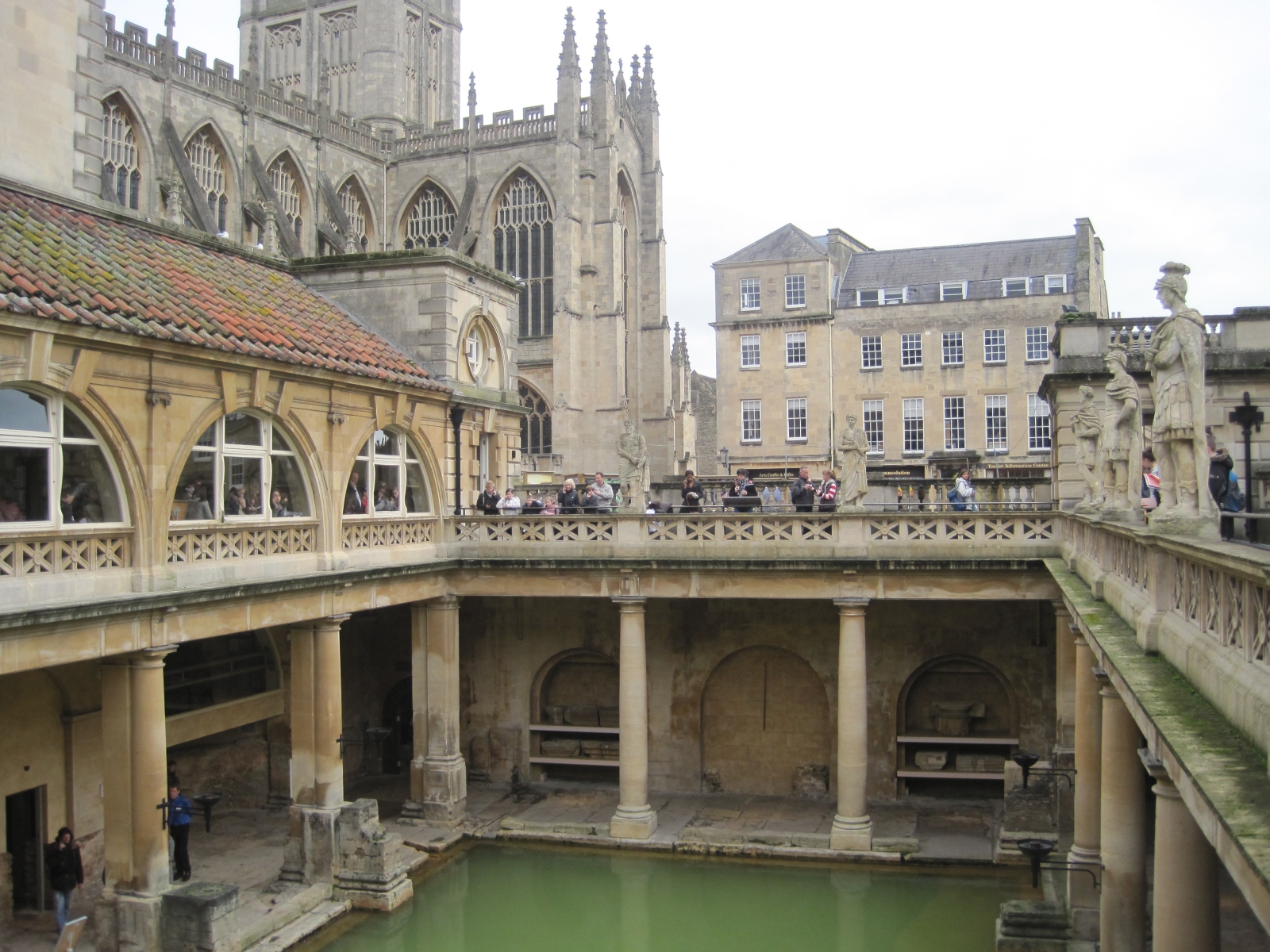 I also lost the Olin challenge. Read on! 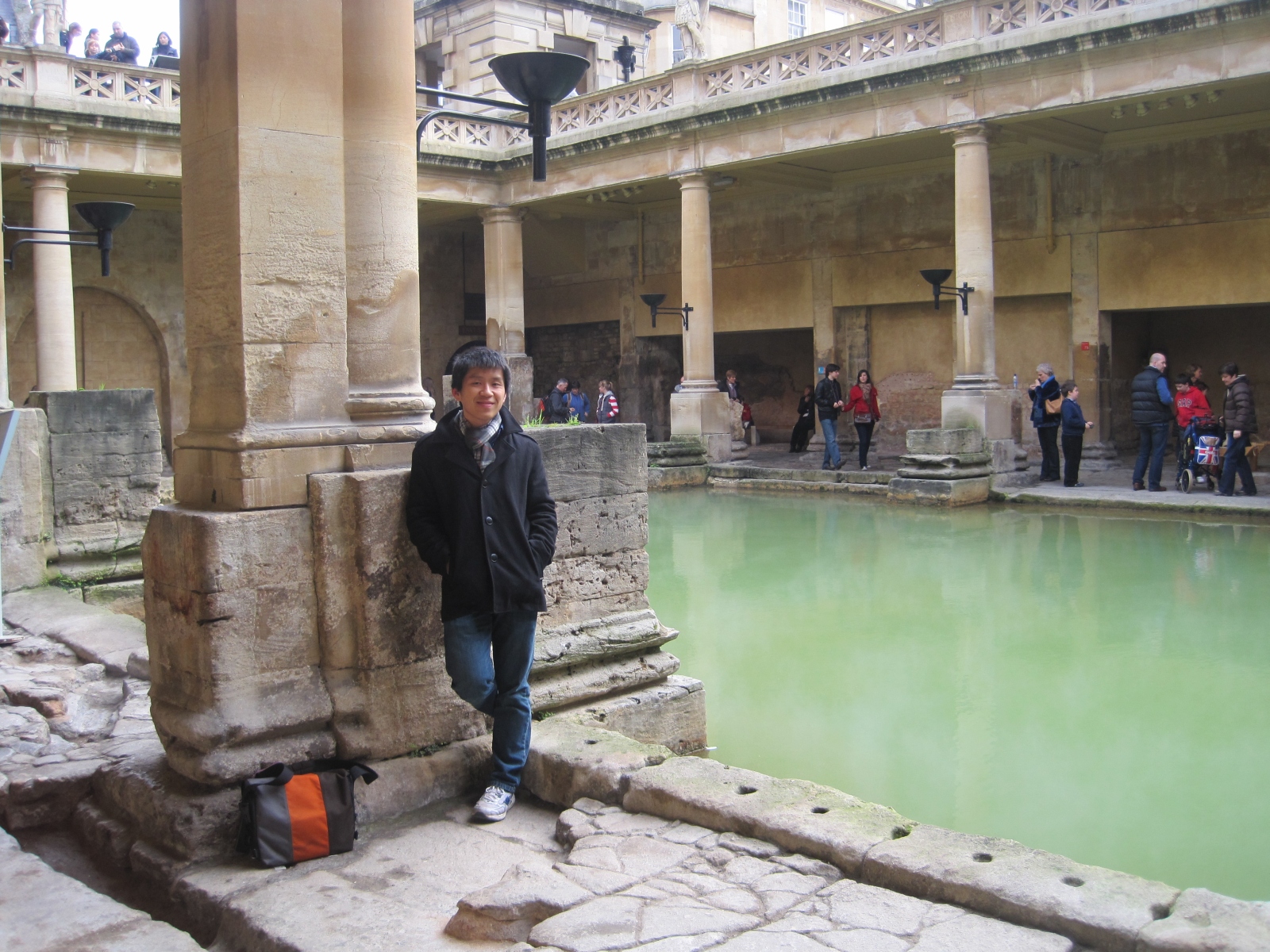 Now a good portion has been excavated and turned into a tourist attraction. You can see here where the actual Roman ruins end and the Victorian era rebuild starts (near my head).

I didn’t think I would like the baths too much. Afterall, I spent the past 2 months looking at historical ruins in Paris and London! But I ended up getting lots of insights on today’s culturefrom reading about Roman lives back then:

I may sound too philosophical, but it was a genuine thought I had, perhaps after 7 days of accumulating tourism.

I figured out that going to grocery stores and buying sandwich meats/bread was a lot cheaper/delicious/healthier than going out to restaurants everytime.

I lost the Olin challenge*

I was walking around Bath Wednesday night, when I ran into Becky Belisle and Jona Raphael on the street!
I knew Becky was studying in Bath as part of her Fulbright program, but I completely forgot about that when I planned my trip to England. Also, Jona happened to be there at the time too.

For those of you non-Oliners, Becky and Jona graduated from  Olin a few years ago. The Olin Challenge is trying to avoid seeing other Oliners (which shouldn’t be that hard, given that our Alumni base is about 400 students) while traveling. Apparently I lost.

Interesting thing of the day

Something you wouldn’t see in the U.S.: 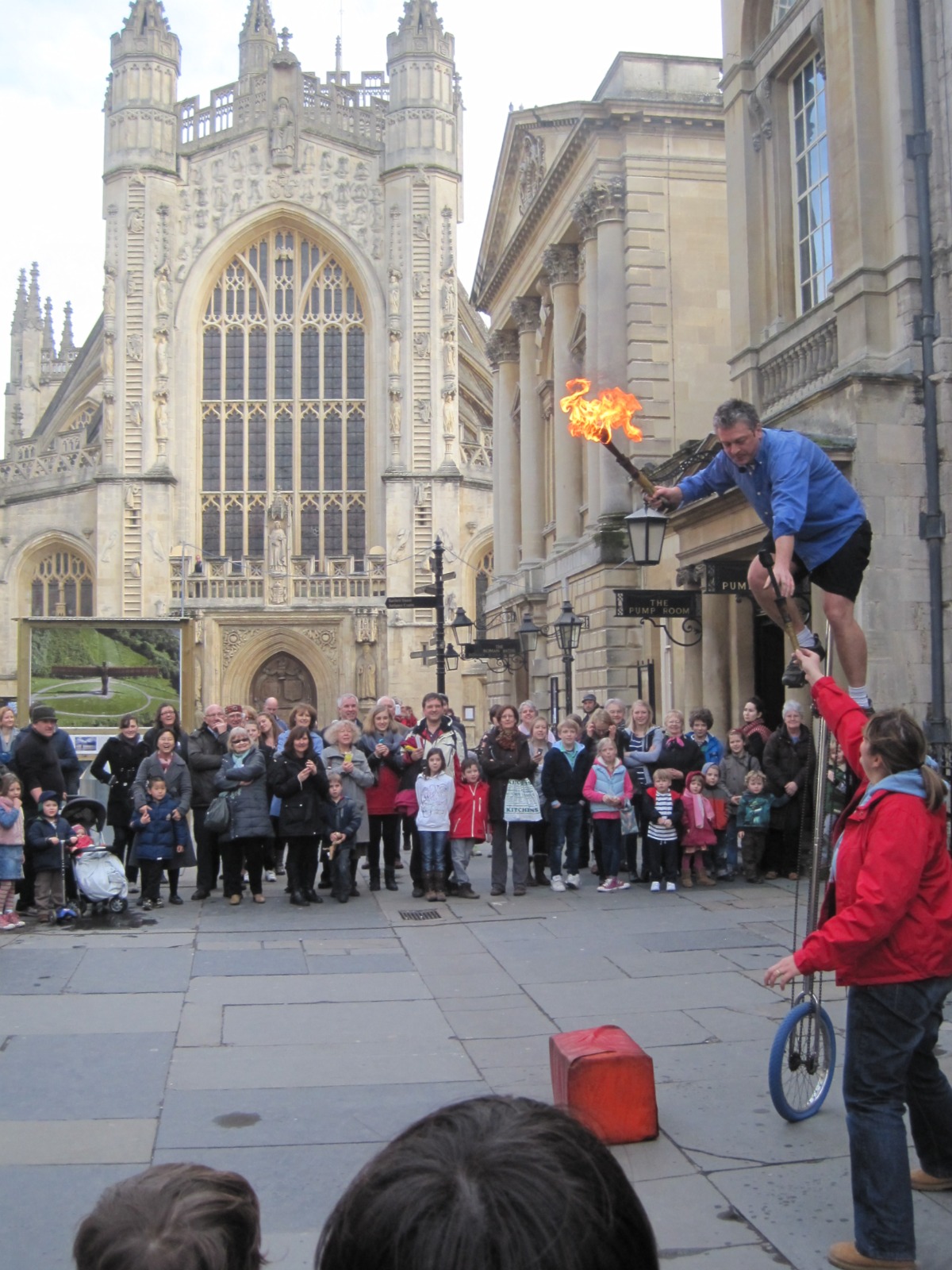 The guy also did this: 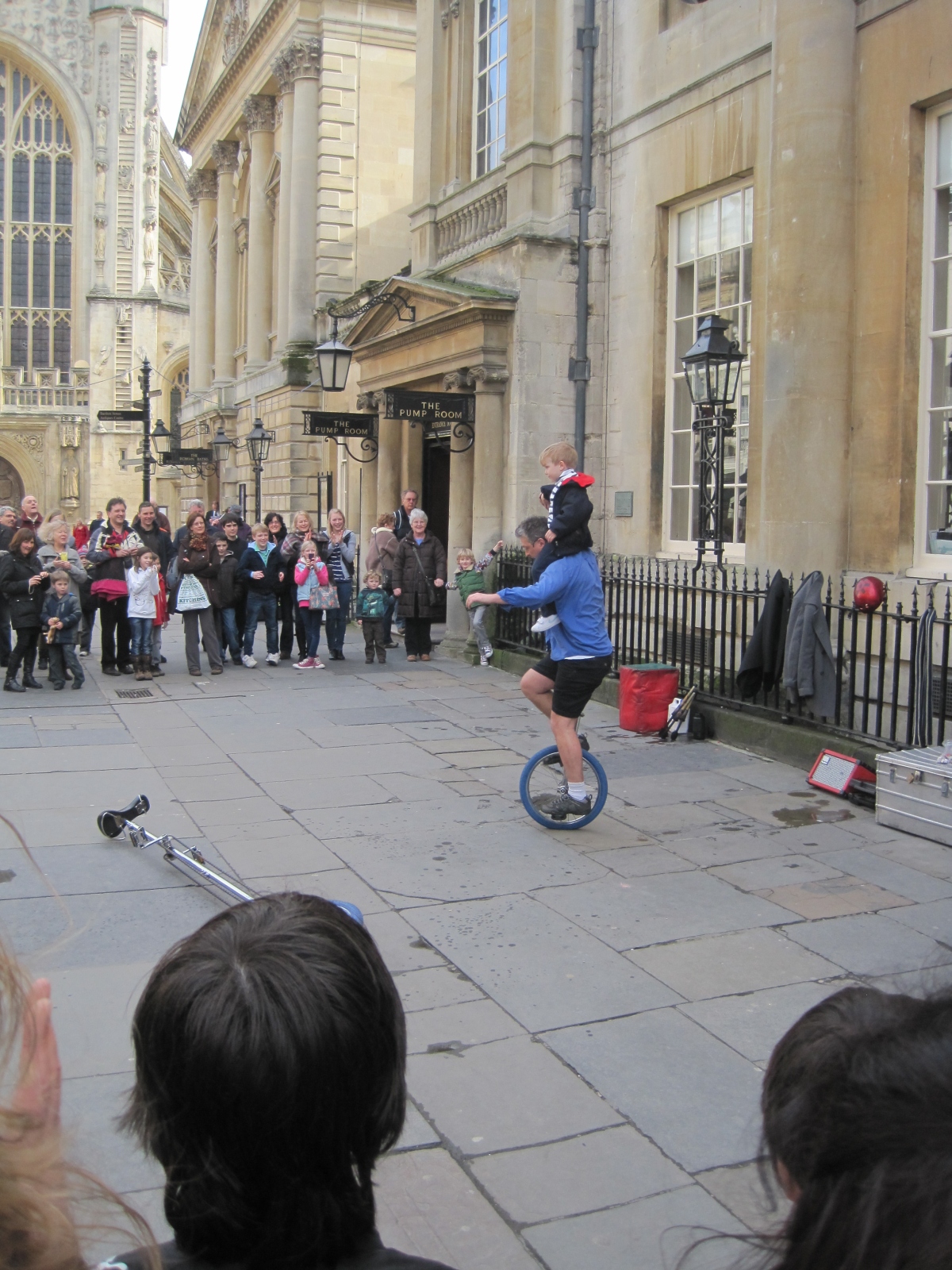 Yes, that is an audience member’s child.
Posted by Steven Z at 1:08 AM